The cover for Earth's End is here! This series is quite entertaining, and I'm happy to be a part of this reveal. 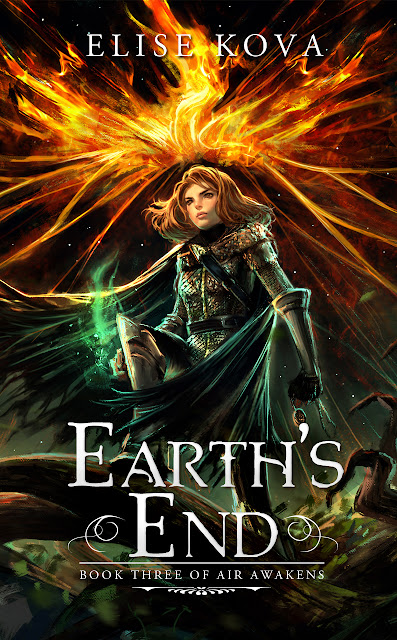 Release Date: February 11th, 2016
Synopsis:
A woman awoken in air, a soldier forged by fire, a weapon risen from blood.Vhalla Yarl has made it to the warfront in the North. Forged by blood and fire, she has steeled her heart for the final battle of the Solaris Empire’s conquest. The choices before Vhalla are no longer servitude or freedom, they are servitude or death. The stakes have never been higher as the Emperor maintains his iron grip on her fate, holding everything Vhalla still has left to lose in the balance.


Also, the amazingly talented Merilliza Chan, cover artist for the series, has a post on her blog about her design process. 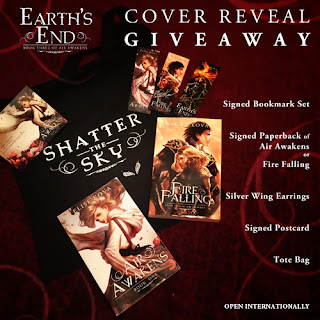 Elise lives in Saint Petersburg, Florida, where she’s currently working on the next installment in her debut YA fantasy series: Air Awakens. She enjoys video games, anime, table-top role playing games, and many other forms of “geekdom.” She loves talking with fans on Twitter (@EliseKova) and Facebook. Visit her website, EliseKova.com, for news and extras about her books!

Posted by renascale at 9:06 PM