Kay so I've done like a bunch of these now for the Air Awakens series, so I'm pretty sure they need no introduction! 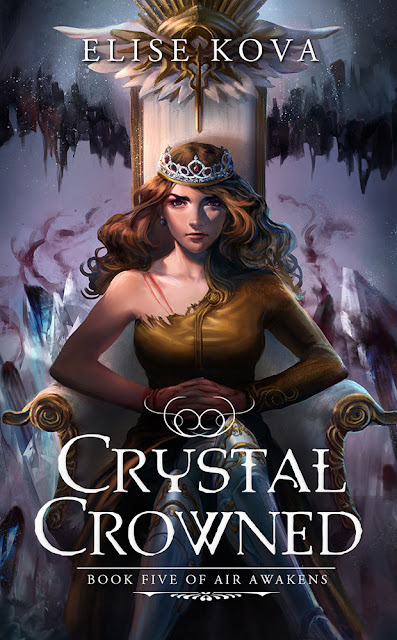 I would totally cosplay everything about this.

One bloodthirsty ruler has been overthrown by another, casting the shadow of death over the Solaris Empire. Vhalla Yarl stands upon the stage of fate, prepared to do battle one final time. Fragile alliances will be tested and new bonds will be formed as the world is reshaped. She fights as the champion of peace, but when the night is darkest will she be able to pay the price of a new dawn?

(lol also i haven't even read the synopsis to avoid spoilers)

Elise lives in Saint Petersburg, Florida, where she’s currently working on the next installment in her debut YA fantasy series: Air Awakens. She enjoys video games, anime, table-top role playing games, and many other forms of “geekdom.” She loves talking with fans on Twitter (@EliseKova) and Facebook. Visit her website, EliseKova.com, for news and extras about her books!